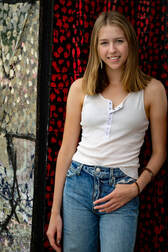 I am Isabella Gentry, a plant- based highschool student, aspiring journalist, and the proud founder of The Vegan Select. By collaborating with an inspiring teacher of mine, (Ira Goldberg who is also a vegan), I hope to accomplish my mission of being able to practice my love for writing while living a vegan life. Having been vegan for just over a year, my desire to be a plant-based advocate grew and a blog seemed like the perfect outlet. Most importantly I want to share the gifts that I have gained from this lifestyle with other people.
Believe it or not, this rewarding journey all started with a ninety day challenge.The challenge was to commit to any diet for three months; obviously I chose to try going vegan. What started as an inconvenience soon turned into an everyday practice. I felt major shifts in all aspects of my life. I was energized when I woke up in the morning, my mood was lighter, and the meals I cooked were more fulfilling than ever. I knew that this wasn’t something I could let go of.
A year later, I am glad to say I still experience these benefits everyday. Having felt the way veganism can change a person's life day by day, I feel obligated to share this way of life with the rest of the world.
​ 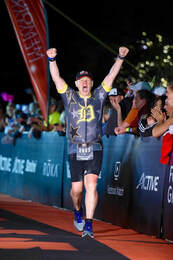 Photographer and co-founder of The Vegan Select, Ira Goldberg provides a unique insight to spreading plant-based news. Not only does Goldberg have the gift of creating connections through photography, he also has first hand experience with the power of veganism. Prior to the summer of 2014, Ira wasn’t even conscious of regulating the food he was eating. After years of living a negligent lifestyle, Ira was diagnosed with type 2 diabetes. After thoughtfully listening to his story it was made clear that having to inject himself twice a day with large amounts of insulin was a pivotal point for Ira. This culmination led to a blessing in disguise; nurse practitioner Caroline Trapp.
Caroline specializes in helping patients with curing their diabetes by implementing a vegan lifestyle. Before going to Caroline, Goldberg had no clue that he would be committing to a life free of all animal products. Soon after starting a vegan diet, Goldberg was also told in a weight loss support group that he needed to start exercising.
​Ira then started training for his first half- marathon in 2015. He did this by running on the treadmill at the gym, while simultaneously living a plant-based lifestyle. Reflecting back on his journey now, having been vegan for 8 years with 3 IronMans under his belt (and counting), Goldberg says that, "When I put their advice to start working out in concert with veganism, it was like a key going in a lock." No longer a type 2 diabetic, Goldberg strives to become an advocate for a vegan lifestyle, believing that, "Being vegan has brought definition to my [his] life, meaning that everything that is important to me has some relationship to living plant-based."
Through his years as a vegan, Ira has come to learn that "animal advocacy is as every bit as important as human health improvements." In addition to flourishing physically, Goldberg feels as though now he understands what it truly means to be a compassionate human being and appreciate the life of animals whom we share this planet with. Not only has this lifestyle changed Ira as an individual, he aims to educate others about what it means to live a vegan life. Goldberg feels liberated in doing this as he shares his passion for photography by capturing his favorite recipes and foods. Ira's goal is to reach an audience of all ages, with his message "If I can make a difference with one person and that person can make a difference in the rest of the world, then my fingerprints are on that.”